The Unexpected Way Retail Discounts Could be Hurting Margins 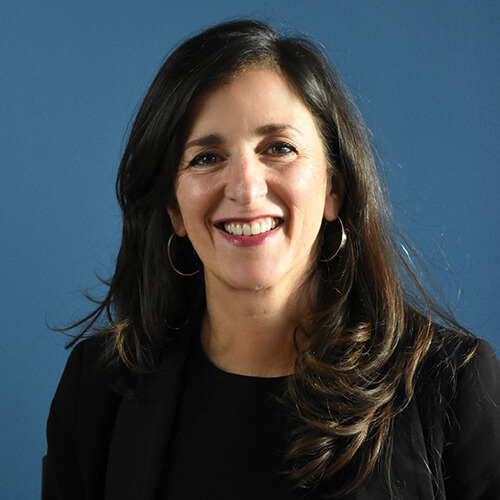 Catherine Penizotto
• November 20, 2018 • 6 min read
Discounting retail products through promotions and loyalty/rewards programs are one of the most common and effective ways to drive sales. However, they can also hurt margins in some unexpected ways. Here’s how one analyst identified three million dollars in lost profits due to a broken process.

Discounting retail products through promotions and loyalty/rewards programs are one of the most common and effective ways to drive sales.   In fact, discounting is a top pricing strategy for 97% of retailers across all sectors.  Most have developed an acceptable margin range per product type or category/department that guides discounting to ensure that they don’t give away too much.  Loyalty programs and loss leader pricing strategies typically justify more aggressive promotions with increased opportunities for upselling or cross-selling, higher customer lifetime values, or lower customer acquisition rates.  However, there are certain ways that discounting can unexpectedly hurt your company’s margins.  Worse, if you don’t have a comprehensive view of your organization’s transactional data and the power to organize and understand it, you may not even know it’s happening.

Here’s how one analyst’s curiosity about how transactional data identified three million dollars to add back to the bottom line of a national department store chain:

Celeste has always been an inquisitive person.  As a child, she often spent her afternoons working on riddles, puzzles, and rereading her mother’s copies of Nancy Drew and Hardy Boys mystery novels.  As an adult, her unquenchable thirst for answers led her into the Asset Protection department of a national big box retailer.  The work was not as conventionally exciting or dangerous as the work of the fictional detectives she read about as a kid, but Celeste had an unexplainable knack for solving corporate puzzles, uncovering inefficiencies, and exposing processes that cut into margins or caused paper shrink.

Celeste was new to the company and had only been in this position for a few weeks.  She had adequate experience in both Retail Operations and Loss Prevention/Asset Protection at a smaller, regional competitor, but she couldn’t help but doubt her ability to make an impact at such a large organization.  Despite these doubts, Celeste was settling into her new responsibilities well.  She was pleasantly surprised to find that her responsibilities were largely the same as her previous position, but the tools available to her were miles ahead of what she was used to.

At her last position, Celeste would constantly be on the phone with IT asking for changes to reports and requesting different types of data files.  Here though, she could use 20/20 Retail to search through data, create her own reports, set up automated alerts, and even visualize the information into customized dashboards.  Celeste was having a great time exploring the system and finding new ways to utilize the extensive functionality now available to her.

After grabbing her second coffee of the day, Celeste settled back into the report she was working on.  As she was searching through refund transactions and comparing original sales tickets to refund tickets, she noticed that the discount numbers on a receipt looked off.  The customer had a $7 off coupon for a particular item and received 10% off their order as part of the store’s loyalty program. 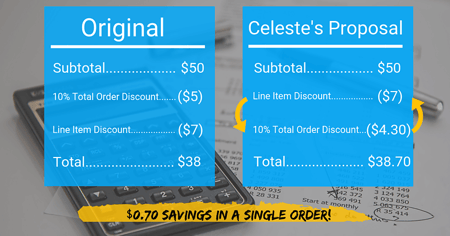 After doing a few quick calculations, Celeste realized why the discounted order didn’t look right, but it wasn’t necessarily wrong either.  The total order discount had been applied before the line item discount, skewing the transaction total in favor of the customer and losing margin dollars.  Celeste knew that at her previous position, all total order discounts were applied only after all other discounts which is why this receipt had struck her as strange.  Working in 20/20 Retail, Celeste was able to quickly query for similar receipts at the company’s 200+ retail locations nation-wide.  Within a few minutes, she had built the foundation for multiple reports, graphs, and dashboards to show the extent of what this simple POS fix could save the organization.

Once she was done building her reports, Celeste brought her findings to her friend Jeremy who worked in the Marketing department.  Since the original discount was related to the loyalty program, Celeste thought he would be the best person to bring her findings to initially. 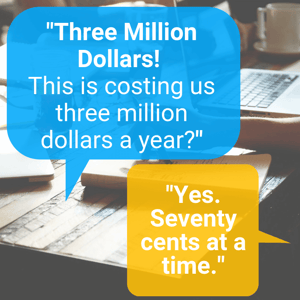 At that moment, Jeremy’s boss Rachel, the Chief Marketing Officer happened to be walking by.

Jeremy handed Rachel the reports as Celeste began to explain the situation again.  When they were finished, Rachel made a quick call to IT from Jeremy’s phone.  She was relieved to discover that their POS system could easily be changed to apply all total order discounts only after all other discounts had been applied.  IT explained that it was simply a configuration setting within the POS system.

“Okay, then make it a priority to change the configuration settings.” Rachel said into the phone.  “Yes, I’ll get the proper approval from the executive team during tomorrow’s meeting.  I want this done as soon as possible.”

The next day, Celeste was returning from lunch, afternoon coffee in hand, when she heard her phone ringing.

“Hi, yes, Celeste?  This is Frank,” said the voice on the other end.

“Hi Frank, what can I do for you?” Celeste replied, setting down her coffee and glancing at the caller ID.  Only then did she realize that she was speaking to Frank, the CEO of the company.  Celeste’s heart started to race as those old doubts came rushing back.

“I just wanted to commend you on the significant find.  Three million dollars isn’t bad for your first month,” He said chuckling to himself.  “Rachel shared some of the reporting you prepared, and I’d like to see more.  Not just for promotions or LP, but also for sales, operations, HR… who knows what else.  To be honest, I don’t think any of us knew that we could do that type of reporting.”

They talked about potential projects and collaborating with various departmental leads.  Within a few minutes, they had put together a plan and scheduled time to talk at length about how to make the organization more efficient through data-driven insights.

Afterwards, Celeste sat back in her chair confidently, took a sip of coffee, and thought, “I guess I can do this after all.”

Celeste’s story is just one example of how discounts like those offered in a loyalty or rewards program can unexpectedly impact a company’s margins. Broken processes can impact the bottom line of a business even more than a theft or fraud case could.  As Celeste’s story shows, fixing a broken process could return millions of dollars back to the bottom line. In this case, the POS system had not been properly configured to only apply total order discounts after all other discounts have been applied, costing the company more than three million dollars annually.

These types of discrepancies can often only be found with the use of enterprise-wide Business Intelligence (BI) and data analytics tools like 20/20 Data Analytics.  Without the enterprise-wide transactional and promotional data available within the system, and the ability to easily create queries, reports, dashboards, and automated alerts, Celeste may not have been able to prove the significant annual savings to Rachel or her executive team. 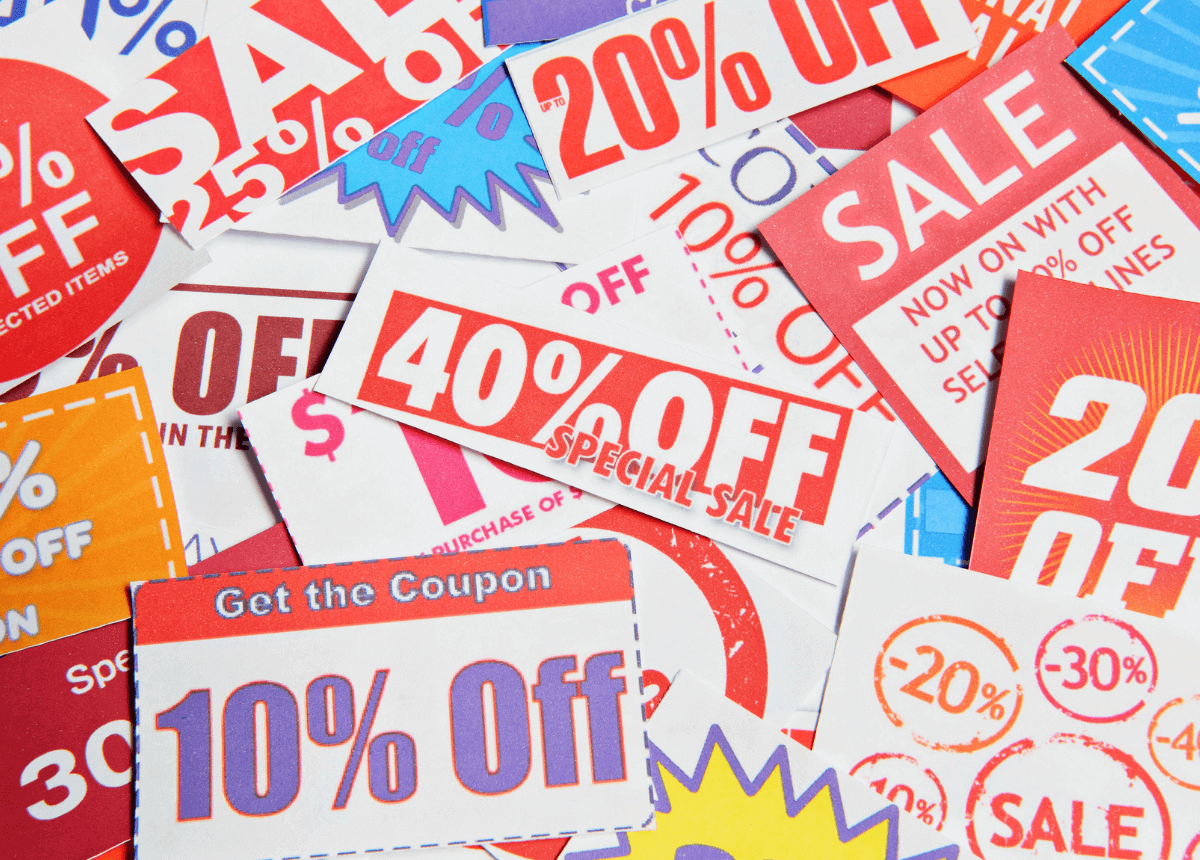 Are Stacked Discounts Costing your Retail Business Millions in Profit? 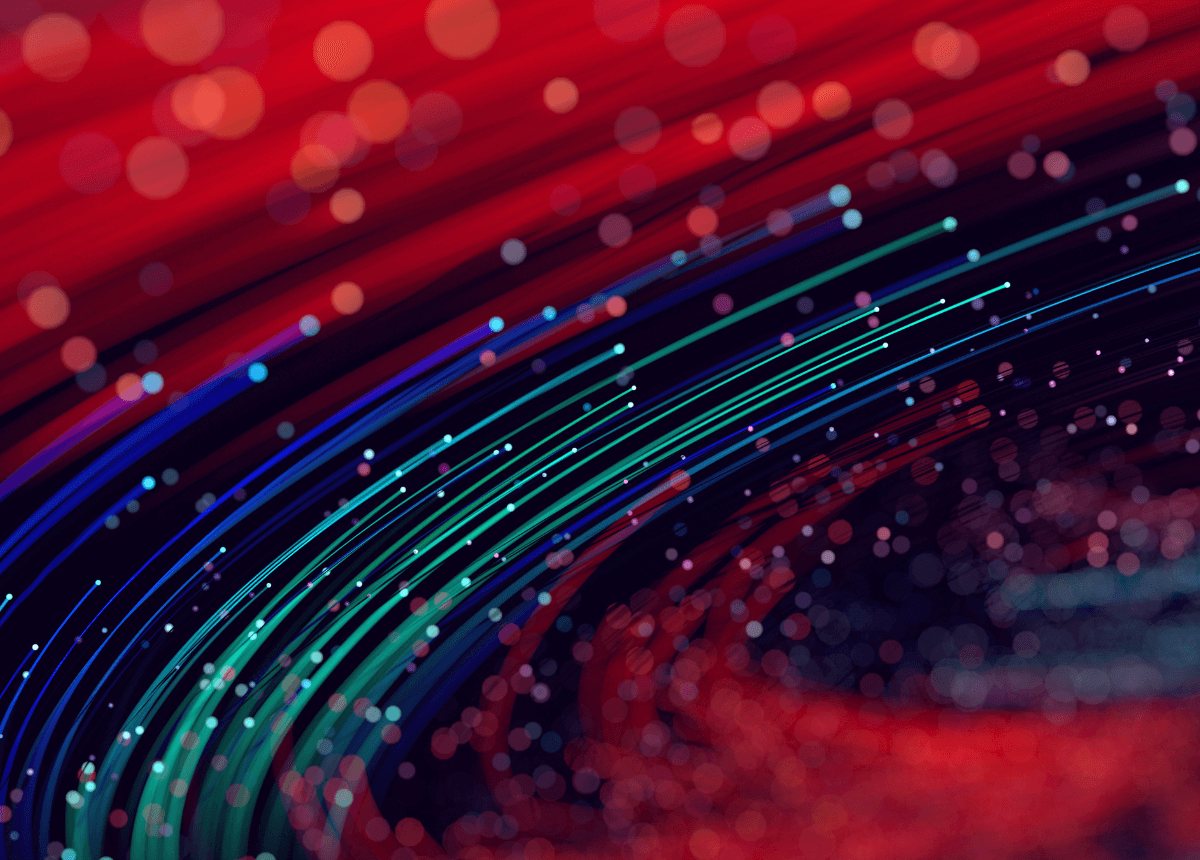 In the past, companies depended on LP to have a keen eye for theft and behavior patterns. LP professionals are seasoned data ...
Retail
5 min read 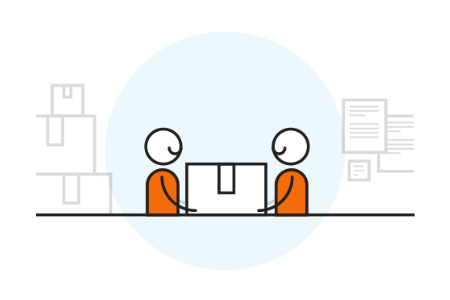 As we near the holiday season, businesses everywhere are ordering inventory, stocking the shelves, and hiring seasonal staff ...
Retail
2 min read