The Pressure to Replenish Grocery Inventory during COVID-19 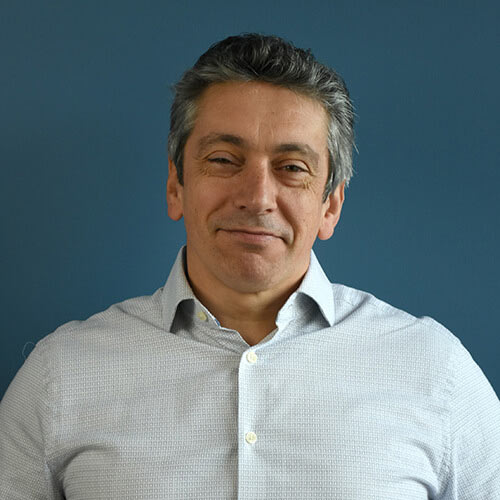 Pedro Ramos
• June 4, 2020 • 7 min read
As the world rushed to stock-up on essentials, grocers faced the task of accurately predicting the seemingly unpredictable demand for their inventory. 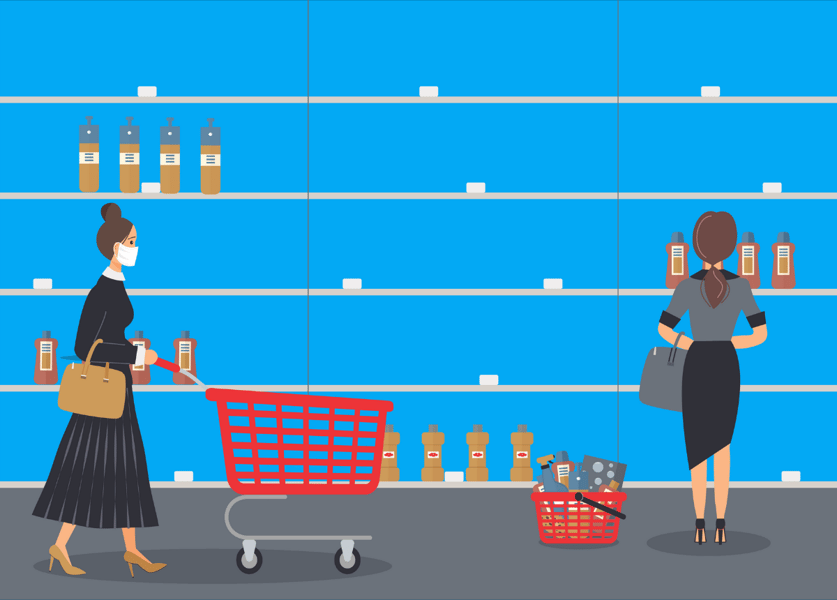 The stakes have never been higher when it comes to grocers keeping inventory on shelves.  As the world rushed to stock-up on essentials, grocers faced the challenging task of accurately predicting the seemingly unpredictable demand for their inventory.  However, when forecasting is no longer reliable, grocers must get creative by using resources that are already available to sustain increases in sales by any means necessary.

Examining Agilence customer data, there is a clear spike in mid-March indicating that shoppers rushed to stock-up on certain items as COVID-19 made headlines.  Internally, we’ve been calling this the Hanks Peak since it lines up with the day that Tom Hanks and his wife Rita Wilson announced that they had tested positive for coronavirus (and have since recovered).  On that same day, Italy confirmed almost 200 deaths in 24 hours, President Trump halted travel from Europe to the United States for 30 days, the NBA suspended their season indefinitely as a player tested positive, Disney World closed, and the NCAA announced that their basketball tournament would be played without fans.

Unsurprisingly, this overwhelming influx of news pushed shoppers to get out and stock up on all kinds of items in store. Breaking this spike in sales down by category, we can see that shoppers primarily stocked up on center aisle foods like non-perishable pastas and soups, but eventually leveled off as everyone settled into their new socially-distanced routines.  Unsurprisingly, grocers saw an increase in sales for cleaning items, but they also saw an increase in sales for items like sharpie markers and printer ink as people adapted to working and teaching from home.

Grocery executives have shared that they’re focusing on the 20% of items that produce 80% of their sales volume.  In many cases, there’s not enough inventory to run sales, leading to higher than average prices across the board, but consumers are adapting well to these shortages as long as there is some version or variation of the item they set out to purchase.

As grocers continue to stock critical items, customers have become more accepting of out-of-stocks for their desired product, instead purchasing an off-brand or different brand than what they would normally buy since it’s the only available option for that desired product.  In times of crisis, everybody has to be flexible, and thankfully most customers have been.

It is next to impossible to predict when the COVID-19 pandemic will end, what the long-term impacts will be, or when/if there will be another wave.  But grocers can and should focus on making sure that if/when another unexpected panic-induced surge in demand happens, they’re equipped to react quickly and appropriately. So, how can grocers improve their ability to react to unexpected demand surges? This is the question on many grocers’ minds as they begin to adapt to the “new normal,” and their supply chains begin to stabilize.

Even though consumers may have less of an ability to get “special” items, these reductions will also help put less stress on Operations, which will have a long-term impact on the breadth of varieties.  Some very successful grocery customers already limit variety in center store and some cold items focusing only on core movers, which may have some major impact on grocers and suppliers creating winners.

As we shift to look at inventory in sales for the next few months, grocers need to consider how an increase in stock hitting the shelves will impact them in terms of expired shrink down the line.

The truth is, checking dates might not be a priority for you today. One grocer recently told us that he initially saw sales up 500%, rivaling that of the day after Christmas. During this initial hoarding phase with category after category getting wiped clean of inventory, you’ve effectively sold through any of your expired shrink concerns that were once on the shelf. You can now use the labor hours once used rotating and pulling expired products for more timely critical actions like fulfilling online orders and helping stock shelves.

But how long until expired shrink starts to return to a baseline?

Grocers tend to focus on the slowest movers as the top drivers of expired shrink - rightfully so, as the 25% of a store inventory that moves the slowest accounts for more than one third of expired losses. However, the 50% of inventory selling the fastest in stores also accounts for roughly one third of losses. On a normal day, high turn products expire due to a lack of rotation when stocking.

When we look at store grand openings, dairy and meat take essentially three months to reach their peak for shrink, with meat dropping off after that. Grocery takes around five months, which is not as long as you might expect considering the shelf life is two or three times longer than what we have in dairy and meat. The reality is that items that grocers get from the warehouse don’t always have their full shelf life.

It’s entirely possible that this data throughout 2020 and into 2021 will shift toward an even higher portion of loss coming from these top sellers as that dash to fill shelves leaves rotation practices at the wayside and we de-emphasize reordering and filling slow movers.

While daily operations might not include checking dates and rotating the shelves, make sure you keep those dates and timelines in mind so you’re prepared three to six months from now when your expired shrink starts to ramp up again.

Since we’ve discussed which categories have seen the most growth during the coronavirus pandemic, let’s take a closer look at what categories saw the least amount of growth.

As you can see from the chart below, adult nutritional category sales are down 73%. Second on the list is candy, which saw essentially flat sales. The candy category has always been one of the highest expenditure categories in the grocery department. When we looked at stores that have continued their diligent date checking processes through the pandemic, we saw candy stand out yet again as a top expired category even more so as a percentage of the total loss than before.

As we move to the future six months from now and beyond, it’s time we take a look at our SKU optimization plans. On a SKU level, the decision making isn’t as black and white. It’s not all about discontinuing or keeping an item; many times, the right answer is something in between.

Using the example of Lala Blended Yogurt, which is a product that stands skinny on an end and is easy to carry 40+ units without actually taking up much horizontal shelf space.  Assume that your monthly sales on that yogurt is 30 units, yet your shelf capacity is 60. You’re effectively guaranteeing half of your inventory becomes shrink on a monthly basis on a product that only has a 30-day shelf life.

This might sound far-fetched, but it’s a case we see play out over and over again in stores. Right now you’re armed with a new set of data. You can look back at historical sales and merge the data with what you saw grow and not grow during the pandemic. Consider putting a spotlight on these kinds of items that need to be discontinued, or in the Lala case, might just need a couple less facings.

The Agilence & Date Check Pro teams have teamed up to author our new eBook, “Reinventing Grocery: The Timeline to the New Normal” which examines the current situation and future expectations across the grocery industry post-COVID 19.  Download this resource now to learn more about keeping inventory on shelves, the new shopper profile, emerging competitors from other industries and more. 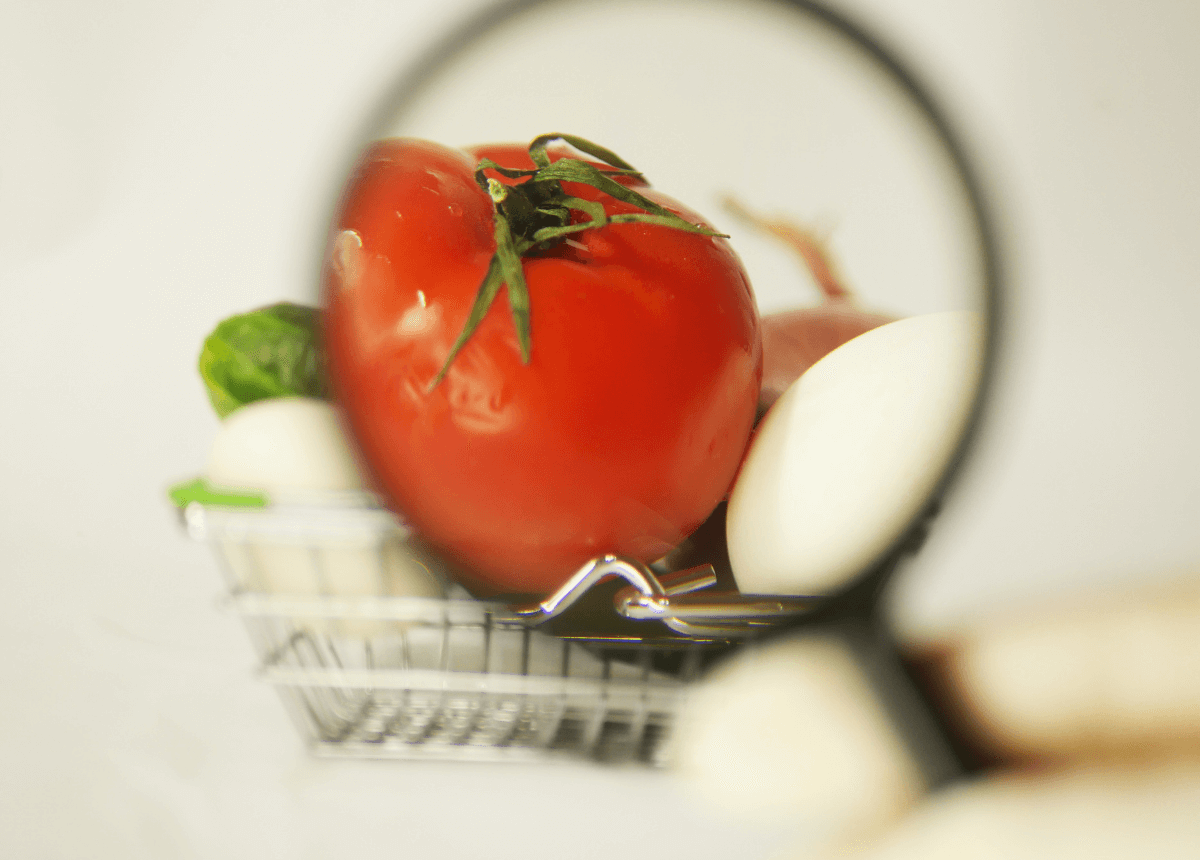 What’s in your basket? That is what retailers want to know. Ever wonder why retailers offer BOGO sales? It’s the same reason ...
Grocery
6 min read 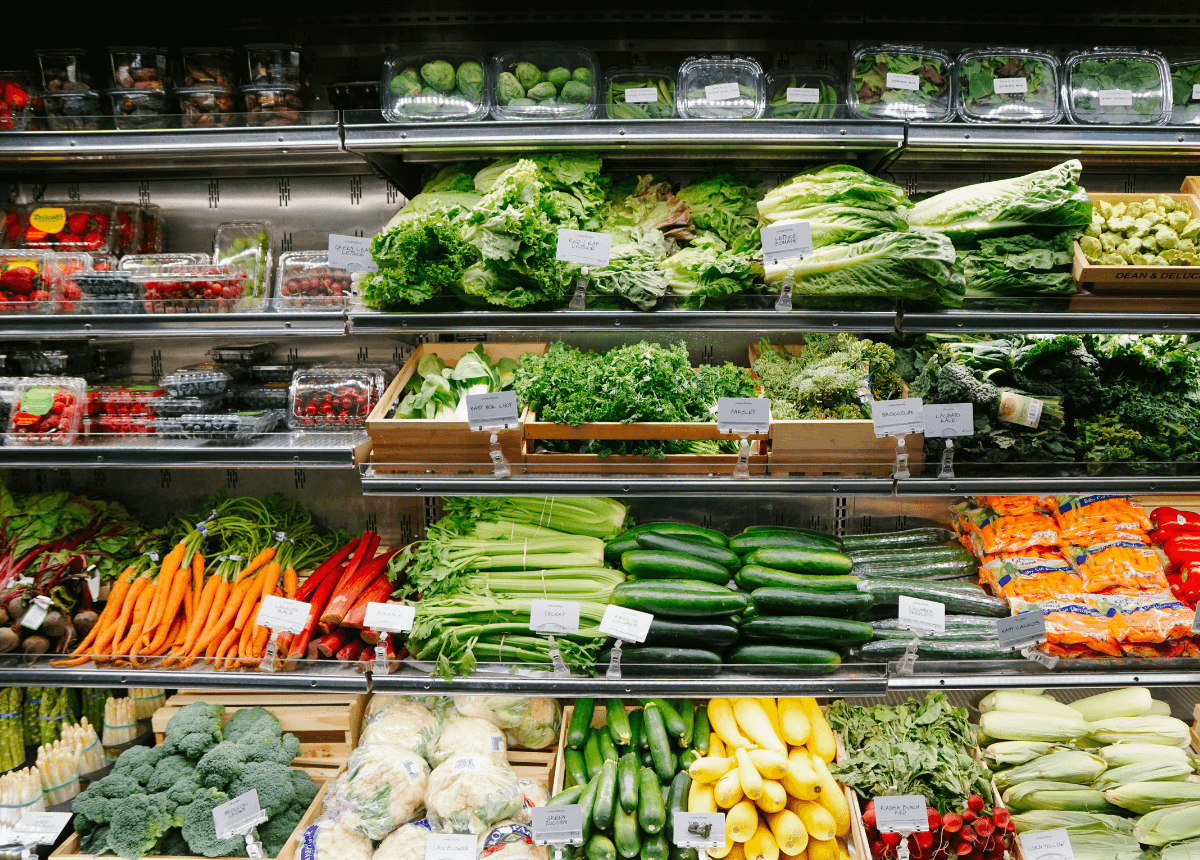 Grocers are enjoying the return of shoppers to the store for fresh meat, produce, dairy, and ready-to-eat meals. But how do g...
Grocery
5 min read

Case of the Month: Shedding the Pounds

Case of the Month: Shedding the Pounds An associate, identified by an Analyst from Agilence Professional Services, was found ...
Grocery
1 min read