In the honor of Thanksgiving this week, here are some quick facts about this historic holiday and what it means to this great nation. You can share what you learned here around the dinner table this Thursday and maybe impress some family members with your Turkey Day knowledge!

Facts you maybe wouldn’t know off the top of your head:

After sharing these new fun facts with loved ones and come out of your food coma, remember that the biggest shopping day of the year is at your doorstep. Retailers are having the largest discounts of the year and deals are there for you to capitalize on, both in stores and online. If you haven’t done so already, check out the Black Friday Blog Post below that was published last week for the trends and deals of Black Friday 2015. Happy Thanksgiving to all our readers and many thanks! 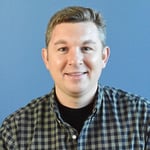 Should Retailers Require Shoppers to Wear Facemasks as they Reopen?